The Most Common Signs and Symptoms of The Flu 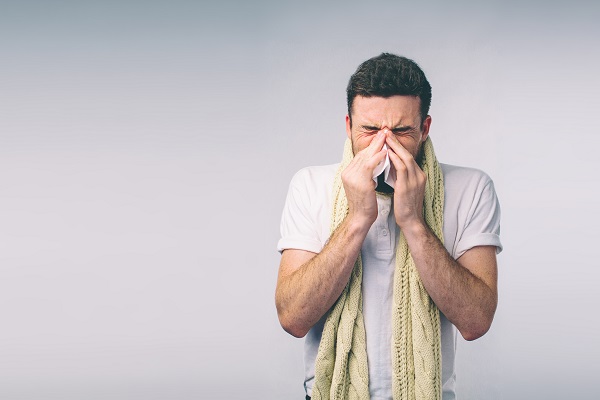 While the best way to deal with the Flu is to try and prevent it altogether, sometimes the sickness can present itself regardless.

Signs and Symptoms of The Flu

Without treatment, the most common signs and symptoms of the flu can progress into more concerning symptoms, such as a severe fever, vomiting and dehydration.

By noticing the following signs and symptoms of the flu, however, you can ensure the infection does not worsen or last longer than what is necessary.

Nasal congestion - which is most notably marked by a stuffy nose - can be a symptom of various illnesses and conditions, so it is not entirely indicative of the flu.

However, anytime nasal congestion exists during flu season, especially if it exists alongside other common signs and symptoms of the flu, it is encouraged to seek treatment for the flu, particularly treatment administered by a medical professional.

Another one of the most common signs and symptoms of the flu is a persistent cough. A cough usually occurs while there is an infection, such as the common cold or flu. In most cases, a cough that results from influenza is dry and may be somewhat painful.

In the event other common signs and symptoms of the flu exist alongside a persistent cough, it is important to be tested for the flu and receiver proper, prompt treatment.

While a cough itself may not be particularly challenging to treat, it is a sign of a more significant issue that can worsen if proper care is not administered.

If there is a high level of fatigue that exists with other flu-like symptoms, then it is a pretty good indicator that the illness is more than likely the flu, instead of a common cold or sinus infection.

Most respiratory illnesses lead to nasal congestion and some form of a cough, but severe fatigue and weakness, which can lead one to sleep for a good portion of each day, strongly indicates that the illness is due to the influenza virus.

The easiest way to distinguish the flu from other forms of respiratory illnesses is to determine whether or not a high temperature is present.

If a fever is present during flu season and other common signs and symptoms of the flu exist along with the fever, then there is a very high likelihood that the flu is the cause.

In the event one or more of the common signs and symptoms of the flu exist together, it is highly encouraged to seek medical assistance for diagnosis and treatment.

Check out what others are saying about our services on Yelp: Medical Care in Woodbridge, VA.

What A Physical Exam At An Urgent Care Involves

Can I Choose An Internal Medicine Doctor As My Primary Care Physician?

Why Is Primary Medical Care Important?

Healthcare services that are provided on a day-to-day basis are often referred to as primary medical care. This type of medical care does not require the help of a specialist such as a cardiologist or ENT. Instead, primary medical care is led by general physicians who focus their efforts on keeping patients healthy and in…

Preparing Your Child For Their First Physical Exam

Thinking it is time to schedule a physical exam for your child? Also called a well-child visit, these appointments are a regular part of your child’s health care. Changes happen fast in growing children, making it necessary for you to make sure they are healthy on a regular basis. This is also the time for…

What A Physical Exam At An Urgent Care Involves

Can I Choose An Internal Medicine Doctor As My Primary Care Physician?